I apologize, but I just couldn’t help myself. Anyone who has ever watched anything “Karate Kid” knows that the title of this blog is a quote from the Cobra Kai. While it’s not really ever meant in a nice way, I was able to think of one usage in which it is applicable. But first, let me explain.

When Orthopreneurs was first started almost 4 1/2 years ago, I wanted to create a place where orthodontists could come together and help one another with all things ortho practice. I may not have had a ton of ortho experience at that time, but I had been in practice for 25 years as a GP/resident/orthodontist and was in a position to help younger docs get answers to some of the basic questions and give guidance for some of the broader issues that many of them had. When you run a group, however, you get a target on your back.

There was a small, but vocal minority that fashioned themselves the “protectors” of the ortho profession and took every opportunity to attack folks like myself, those who founded certain groups or were key option leaders. These coordinated verbal attacks were often kind of silly in their lack of logic or common sense, but they nonetheless hurt many of our peers. Thankfully, we came together as a profession and made it clear that baseless hatred-in any form-wasn’t acceptable, and the childish behavior stopped.

Well, it’s happening again, but this time just from a few people in a particular corner of Facebook. How do I know? Because of the number of messages I get that start with: “Why does so and so hate you so much” or “Did you see that post so and so wrote about you in that group?” When I ask my friends who these people are, and why they spew such vitriol, the comments range from “he’s just an a-hole” to “I don’t understand why they’re so angry” to “they think they’re better than everyone who isn’t doing Tweed”.

So, I always ask: “Why would you belong to any group where people are attacked-by name-publicly, and if you know them, why don’t you stand up and fight back?” In response, I get a lot of shoulder shrugs, or “it’s like watching an accident happen” or “it’s entertaining” or “I’m afraid of them attacking me too”.

Folks, let’s be clear: If you’re watching people get attacked publicly and think that’s OK, and you don’t stand up for someone’s character, what have we become as a society and profession? Is that who we really want to be? For those of you overstressed and with little free time, do you really find enjoyment in seeing others attacked?

It’s an age old problem and I was raised to NEVER stand idly by while someone is attacked. It’s NEVER OK and when we, as a society, stand by and let someone get verbally accosted, there’s a bigger problem. People who attack someone, will one day attack anyone. We would all agree that there are folks out there who need therapy or have anger issues or “complexes” that manifest themselves in non-healthy ways. But the ability to sit behind a keyboard and assault someone is something I thought had gone away in our profession.

Note that this post has nothing to do with anyone “attacking” me. I’m a big boy and can handle myself and to date, none of these folks has the constitution to come into Orthopreneurs and throw it down. I won’t stand for attacks in our group-no matter how “entertained” some of you might be with them, and historically I’ve generally privately warned individuals before removing them from the group for repeated violations to the code called “acting like a civilized human being”. But when others are literarily accosted by small, nasty people, it gets my blood boiling.

We should never accept it. NEVER.

Stand up for that person publicly. Don’t be afraid of doing the right thing. Ever. This could be your child, your spouse, your sibling, your friend being attacked and it’s NEVER OK to accept, even if you don’t know them. It starts in their “safe” place and then seeps out, infecting everything like a poison and it has no place in any of our lives. Stand up. Leave the group. Message offenders. Support those who have been accosted. In short, do what you tell kids to do.

The title of this post describes how I was raised to deal with baseless hatred and I challenge every one of you to have the courage to stand up to it wherever you see it; on the web, in Facebook groups and in person. This isn’t about gender, race or religion. This is about simple baseless hatred and jealousy manifesting itself in nastiness towards our fellow man. And when you see it don’t let it grow like the cancer it is.

And don’t kid yourselves…the folks who are the greatest offenders know who they are. They’re proud of what they’re doing and do it unabashedly. I’ve seen the screenshots they post with their chests out and their words flying. If it weren’t so hateful and sophomoric, it would be funny. I wonder if they’d be proud to show their posts to their parents or their kids. I’d sincerely hope not, but dysfunction is dysfunction, right?

We all have tough days but we can be civil. If you’re afraid to open up a can of whoop-ass publicly, then please consider writing to this person privately and express your concerns. While there is one Facebook group in particular I will NEVER join because of the pettiness and vitriolic statements of some who in it who only know how two spew poison, I promise you that if you stand up for what’s right, I will always have your back in every way. It sounds trite and simplistic, but kindness, love and friendship will ALWAYS win out over negativity.

Much love to each and every one of you and I’m always here for you if you need me.

If you want to be a part of a geographically exclusive Facebook group (OrthopreneursRD) where we come together to help each other build better practices and lower stress, please message me. To learn more about your region’s availability and what it’s all about, click HERE. 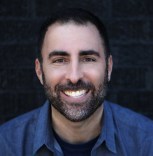 GLENN KRIEGER IS AN ORTHODONTIST WITH 20 YEARS OF RESTORATIVE AND COSMETIC DENTISTRY EXPERIENCE BEFORE HE RETURNED TO ORTHODONTIC RESIDENCY. DR. KRIEGER LEARNED ABOUT THE IMPORTANCE OF WELL-DESIGNED PRACTICE POLICIES AND SYSTEMS DURING A YEAR AT THE SCHUSTER CENTER FOR PROFESSIONAL DEVELOPMENT IN SCOTTSDALE ARIZONA, AND AN UNDERSTANDING OF GENERAL ACCOUNTING PRACTICES AND INDUSTRIAL PSYCHOLOGY AT THE UNIVERSITY OF WASHINGTON GRADUATE BUSINESS SCHOOL’S “DENTIST AS CEO” PROGRAM. HE IS THE HOST OF “THE ORTHOPRENEURS PODCAST”, MANAGES THE ORTHOPRENEURS FACEBOOK GROUP AND RUNS THE ANNUAL ORTHOPRENEURS SUMMIT.
Categories: Uncategorized